Don’t Leave Kids to Their Own Devices . . . - BreakPoint
Skip to content 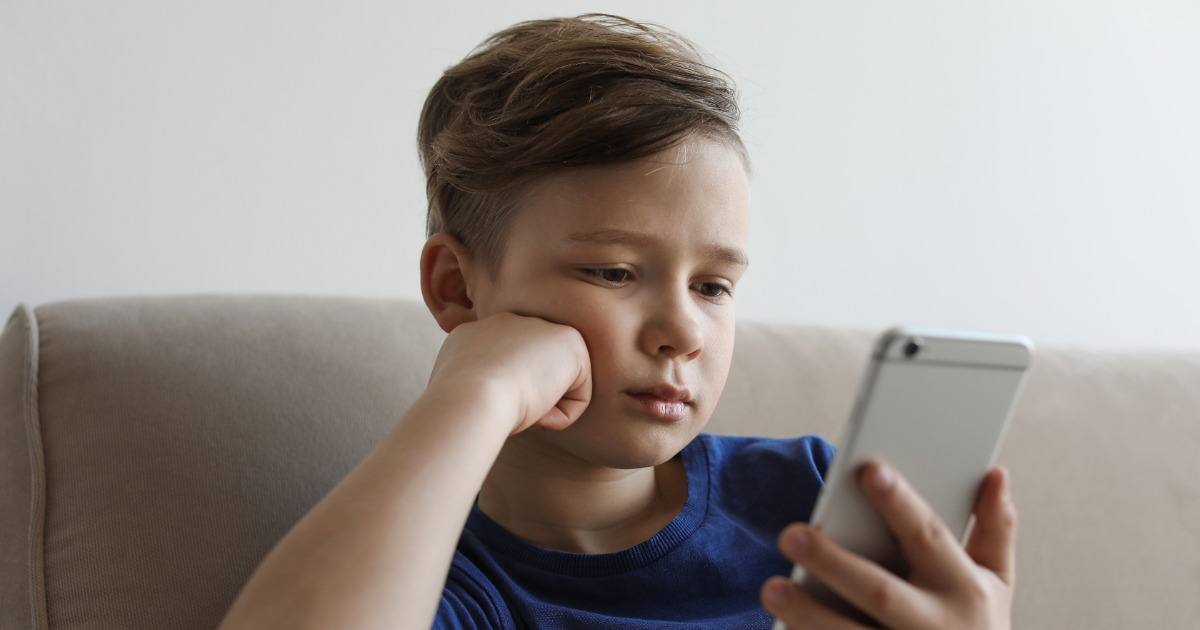 And I Mean Their Actual Devices

The stats are sobering. According to the American Psychological Association, the average age of a child’s first exposure to pornography is 13 years old, with some seeing it as young as five. According to another survey, 42 percent of children have been cyber-bullied, and more than a third have been actively threatened online. One in five twelve-year-olds has been contacted by a predator.

Other pitfalls of unsupervised and unlimited screen time may not be quite as awful, but are still worth knowing. One doctor, writing at Psychology Today in 2015, described how overuse of technology leaves kids “moody, crazy, and lazy.” Phones and tablets overstimulate young nervous systems, resulting in disrupted sleep, fried reward circuits in the brain, multiplied stress, and fractured attention spans. The younger the child, the worse the damage seems to become.

All of this is why so many top executives and engineers in Silicon Valley refuse to give their own kids the mobile devices they make.

In 2018, the New York Times ran a feature describing these parents at Facebook, Apple, Microsoft, Mozilla, and other tech giants who raise their own children tech-free. One Facebook veteran ominously told the Times, “I’m convinced the devil lives in our phones and is wreaking havoc on our children.”

Are we taking the alarm being sounded by these executives seriously enough? Christopher Null at WIRED magazine thinks we are not. In a recent piece, he describes the “ethical debate” some parents think they must have over whether they should respect their children’s privacy online.

He quotes an author who makes the argument that supervising our kids’ tech use signals a lack of trust, and only conditions them to accept totalitarian surveillance.

I’d tell you how ridiculous I think this is, but Null has spared me the effort. He insists children should have no expectation of privacy when it comes to their online activity. In fact, and I fully agree with this, the least loving thing you can do as a parent is to leave your kids to their own devices on the Internet.

The rules and boundaries he’s set in his home are based on a simple fact: The devices our children use belong to us, not to them. Accordingly, we are entitled to see everything they see. In an age of predators, pornography, and cyber-bullying, to think otherwise is not only foolish, it’s unloving.

Brett Kunkle and I make these same points in our book “A Practical Guide to Culture.” For starters, kids and teens shouldn’t be using devices unsupervised. Computers, tablets, and phones should only be available for use in high-traffic areas of the home. No locked doors.

Second, there should be no way for our kids to keep secrets from us. Know their passwords and remind them often of the ability to check their online activity at any time.

M.I.T. psychologist and tech expert Sherry Turkle also suggests the idea of “tech-free zones.” Specifically, she suggests that the car, the dinner table, bedrooms, and vacations be designated times and places with no phones and tablets. This gives kids a chance to reset, to engage in other activities, and to practice social skills not mediated by text messages. In our home, we’ve found that a weekly Sabbath break from our devices better prepares us for the week ahead.

Most importantly, none of this works without strong, positive relationships with our children. Unless we say “yes” to them as people and not just “no” to their unbridled tech times, they won’t understand why we are making a decision that seems so abnormal in our culture.

“Only in the context of a true relationship,” says Null, can we show our children who they are apart from their devices and, I’ll add, only then can they get a sense of the weight of the responsibility we feel as their parents. Just as they must answer to us for what they do online, we must answer to God, who entrusted them to us.

Come to BreakPoint.org and we’ll link you to Null’s article and tell you how you can get a copy of “A Practical Guide to Culture.”

I Monitor My Teens’ Electronics, and You Should Too