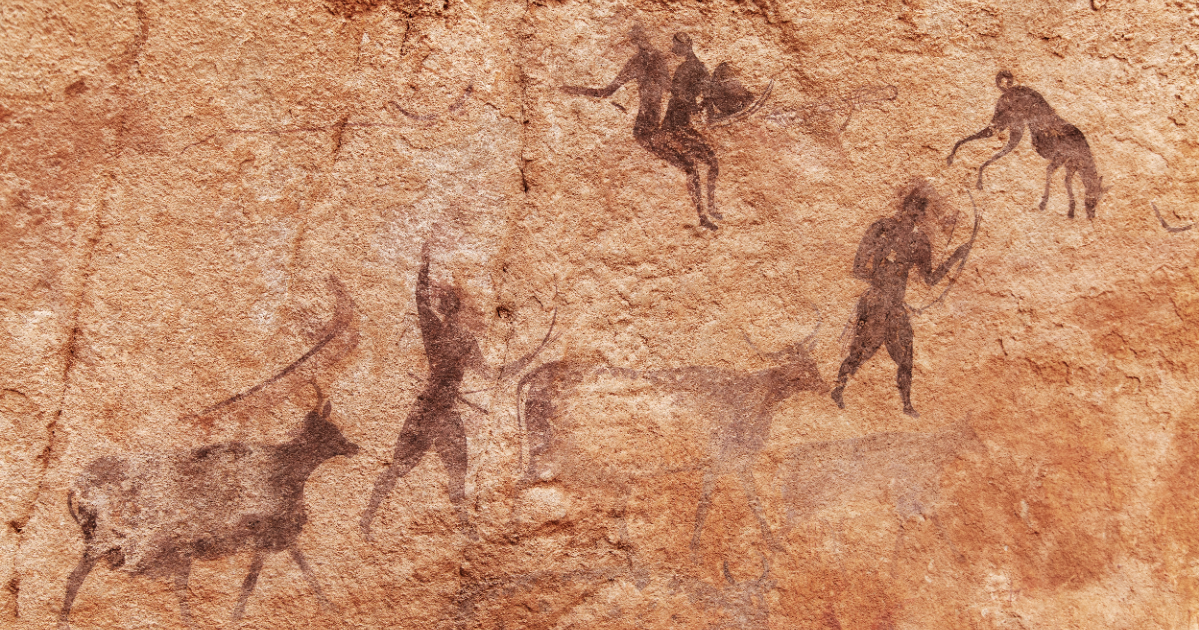 Why are people so attracted to beautiful “natural scenes like green fields, trees, and rivers?” Nostalgia, maybe? A sense of wonder? Some inherent draw to what is aesthetically pleasing?

Nah. According to some thinkers, “science” has figured out that we are drawn to natural beauty because for our ancestors, such scenes “represented survival.” By “science,” I mean what’s known as evolutionary psychology or, as my colleague Shane Morris calls it, “Sabertooth Psychology.”

Evolutionary psychology is a field specializing in hypotheses in which natural selection explains all human behaviors. According to this way of thinking, all of our modern behaviors are best understood as carryovers from those ancient behaviors that offered our ancestors evolutionary advantage over others. So, those who didn’t appreciate beautiful natural landscapes had less access to food and water and, therefore, produced less offspring. Eventually, their line died out while those who liked lush natural scenes survived.

However, not everyone is persuaded by this sort of hypothesizing, including psychologist Dr. Steve Taylor. Writing at Psychology Today, Taylor says that “evolutionary psychology is largely based on assumptions rather than evidence, and as such it is debatable whether it should be referred to as a ‘science’ (since its hypotheses are generally unfalsifiable).” Or, as philosopher Subrena Smith recently told Gizmodo, “we don’t have the relevant evidence about how our ancestors behaved to make any substantive claims.”

Even so, evolutionary psychology continues to enjoy a popularity in many academic circles, the media, and other segments of culture that far outweighs its scientific credibility.

According to evolutionary psychologists, “mate selection, parental care, predator avoidance” and other behaviors result from natural selection working on our brains. They further assume that our brains haven’t changed in the tens of thousands of years since.

But there is no evidence for these assumptions. On the contrary, as Smith told Gizmodo, brain science (not to mention history) shows that, “Our brains are dynamic, our behaviors are dynamic, we’re imaginative, we generate novel behaviors in contexts that never exhibited themselves.” This helps explain why only humans have spread to every continent.

Evolutionary psychology is built on what we might call “just-so stories,” conclusions that “must be so” because they are required by the assumptions that must not be questioned. While the constant hypothesizing might cause the people at Gizmodo to “roll their eyes,” the ideas of evolutionary psychology have real consequences and victims.

For example, according to evolutionary psychology, rape is a behavior of natural selection, “one potential strategy for males for achieving reproductive success.” It is, according to this framework, not a moral abomination, but an “aberration,” “an alternative gene-promotion strategy that is most likely to be adopted by the ‘losers’ in the competitive, harem-building struggle.”

While no evolutionary psychologist would conclude that rape is somehow justified, it’s not at all clear on what moral grounds they refuse to do so, since rape must be considered both “natural” and “hardwired.” They also must ignore much of human history, in which rape was used as a weapon to subjugate entire populations during wartime, such as in the 1937 “Rape of Nanjing” or, more recently, ISIS’s wave of terror. Survival of the fittest anyone?

As atheist philosopher David Stove wrote in his book Darwinian Fairytales, however well these imaginative explanations describe “sponges, snakes, flies, or whatever,” they are a “ridiculous slander on human beings.” That’s because, as Chuck Colson said years ago, “they cannot account for what is most essentially human . . . things like altruism and music,” the love of beauty and that most un-survival- of-the-fittest human behavior: self-sacrifice.

So, remember, the next time you see an article or TV special ready to explain the natural origins of human behaviors, you might want to pull up a chair and get out some popcorn. You’re about to hear a fairy tale.

How Valid Is Evolutionary Psychology?