The Suicide Bombing in Kabul - BreakPoint
Skip to content 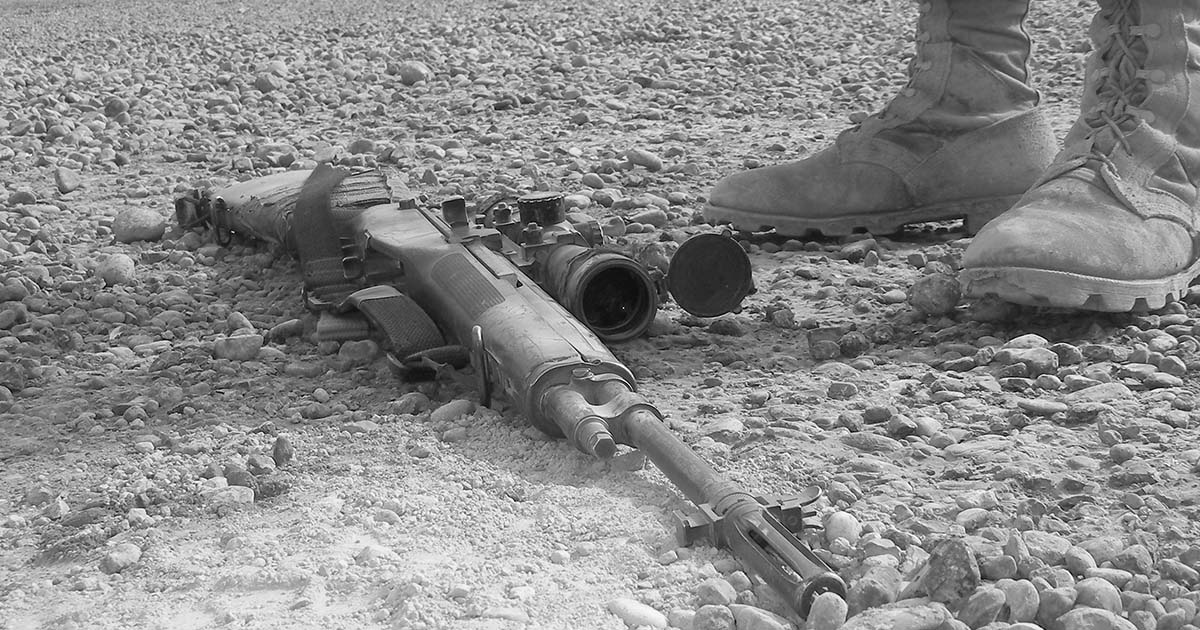 
The Suicide Bombing in Kabul

Given how poorly President Biden has handled the withdrawal of U.S. troops from Afghanistan up to this point, it’s impossible to predict just how the U.S. will respond to yesterday’s attack by an ISIS-related suicide bomber. The tragedy resulted in the killing of at least 12 U.S. service members and more than 60 others hoping to flee the country.

If yesterday’s press conference by the President was meant to inspire confidence or provide clarity, it failed. Carl von Clausewitz, the famous German student of war, once argued that war is just politics by other means. That, if it’s true to any degree, puts us in an absolutely terrifying position. The question of how the U.S. should respond to a horrific attack like this one is another matter.

Thankfully, there’s a long history of theological reflection that’s known as Just War Theory. It’s helpful, especially at times like these, when anger, hurt, and desire for retaliation overwhelm our senses. Acts of war should always be thought of only as extraordinary means, like surgery or chemo. War is only justified by a situation so bad that acts ordinarily unthinkable become morally obligated.

Still, even justified acts of war will involve horrors that would never happen in a sinless world. Think of even the best possible situations, where all involved are adult males in uniform, under arms, with a clear objective: even those cases involve image-bearers of God, using their God-given abilities to attack, to harm, to kill other image-bearers. And I’m not sure there’s been a war that clean in all of human history.

Because of the awful realities of life after the Fall, Christian thinkers throughout the ages – from Augustine, to Aquinas, to Luther, to others today – have sought to contextualize acts of war within a Christian moral framework, so that believers could actively oppose grave injustice without becoming part of the injustice themselves.

Some believers, who hold that this is impossible, have embraced various degrees of pacifism. However, the majority of the church settled on a set of criteria that, if met, justify acts of war.

Though different groups have categorized these criteria in different ways, they can generally be grouped into whether or not to go to war and how war should be waged.

The first set of criteria has to do with the right to war. It demands that leaders and nations never go to war without fully counting the cost. Not only must there be good reason, but all other options must have been exhausted. Extraordinary injustice has to be either present or imminent, and acts of war must be waged by legitimate authorities, not by vigilante regimes or individuals. There has to be a likely chance of success, and the act of retaliation cannot exceed the evil that it opposes. Even a just cause is not sufficient justification in and of itself, if it’s mixed with unjust goals, or an overly devastating response, or an unlikely chance of success.

The second set of criteria has to do with governing right behavior as a war is waged. Even when fighting and killing is justified, not all means of fighting and killing are justified. Whenever noncombatants are caught in crossfire, it’s tragic. But noncombatants should never ever be targeted. Nor should military personnel be targeted if wounded, captured, or incapacitated in some way. Only the force necessary to accomplish a mission as quickly as possible is justified force.

Now, of course, there’s a vast difference between a “nice and neat” theory like this and how it’s applied on the ground. Rarely will both sides, or even anyone on one side for that matter, agree that each and every criteria has been sufficiently met. Both sides tend to assume that they’re the ones justified in taking action against their enemy.

All of which brings us back to the very non-theoretical question of the moment: How should President Biden respond to the murderous bombing of innocent Afghans and American service members yesterday?

First, it’s essential to remember the larger context of this bombing. It’s a decades-long war that has, especially recently, been badly bungled. The more immediate context is that nothing in the President’s handling of Afghanistan, especially in the last two weeks, does anything to inspire confidence that he can or will do the right thing now. This is where applying Just War criteria to yesterday’s attack becomes all the more complicated.

On one hand, of course, American forces were attacked while not engaging in any sort of hostile action, even as they were trying to help innocent civilians. And this attack was maybe sponsored, but was likely at least allowed, by the ruling Taliban. Above and beyond our own losses, there were noncombatants killed. Going by all of these principles alone, there’s ample justification for swift and serious retaliation, as well as proactive measures to prevent any further attacks.

On the other hand, it’s just not clear – given our dramatically reduced forces, our self-imposed, foolish limitations, and the overall foolish strategy in Afghanistan – that there’s a reasonable chance of success in any retaliation. Our President does not seem willing to end this threat, and his seeming desperation to leave Afghanistan as quickly as possible just makes the situation worse.

Clearly, the Taliban and other interested parties don’t think that America will have the ability to follow through. The tragedy here is far beyond national embarrassment, and it’s even in addition to yesterday’s tragic loss of life. It’s that the good that desperately needs to be done in Afghanistan right now, won’t be done, and the evil that desperately needs to end there, won’t end.

This is one of those times that swift and strong action is required for peace and protection. Tragically, given the determination of the President to exit Afghanistan – no matter the cost to its people or our allies – and the foolish way that this withdrawal has been carried out, such an act of retaliation is unlikely to succeed. Even if it’s possible with the troops we still have on the ground, any American retaliation has to be more than a symbolic act. Otherwise, it’s not a step towards justice at all.