Pastor Prays Blessing on Abortion Clinic - Breakpoint
Help make a bigger worldview possible for Christians around the globe with a year-end gift!
Skip to content 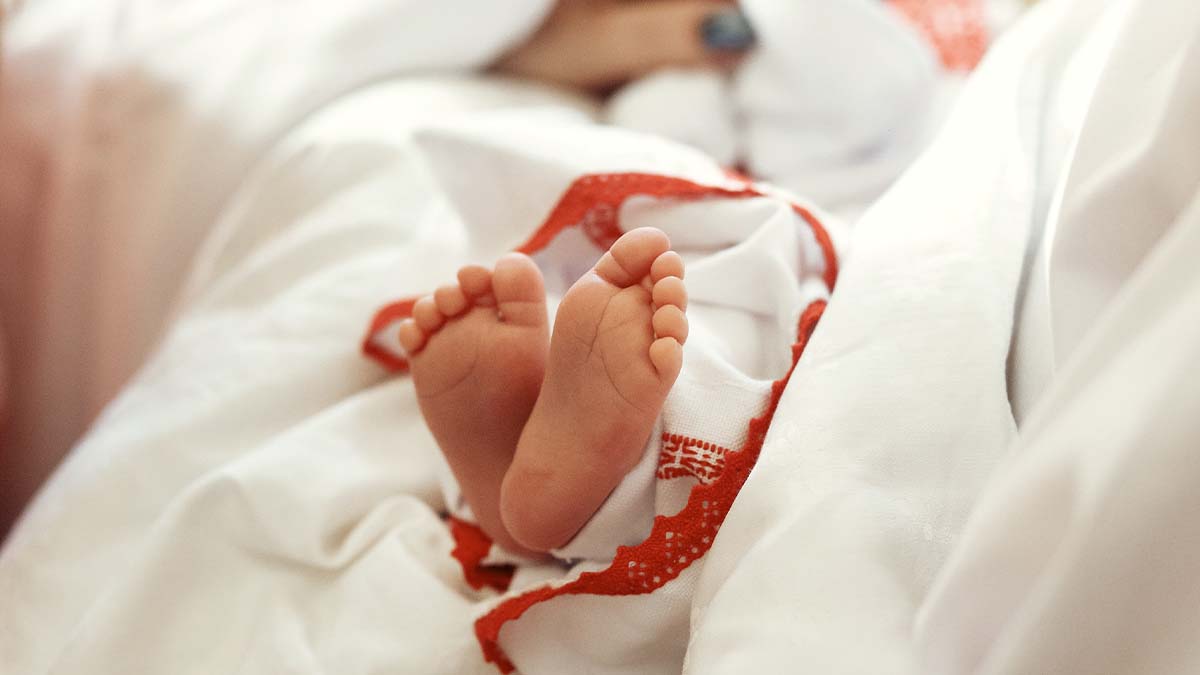 Liberal clergy may call the sacrilege of abortion “sacred,” but the evidence from Church history that Christianity was pro-life from the beginning is as clear as the scientific evidence today that babies in the womb are human beings.

With the Supreme Court opinion in Dobbs v. Jackson Women’s Health Organization expected this summer, alarm has risen in the pro-abortion ranks.

There is real possibility that the Court could overturn, or at least severely gut Roe v. Wade, which would curtail abortion rights, and throw the issue back to the states. Because advocates see any abortion restriction as a denial of basic women’s rights, their arguments have increasingly shifted from legal to moral grounds. Instead of relying on abortion as a constitutional right, some even argue that it is a “theological right,” even calling the grisly practice “sacred.”

In 1939, Margaret Sanger recruited ministers for her “Negro Project,” which sought to promote birth control and sanitized eugenics ideas to African Americans. Today, in an attempt to sanctify the killing of the unborn, which is rooted in eugenics, progressive clergy are recruited to promote abortion rights. This has been going on for years, for instance, mainline Protestant pastors hold “prayer services” outside of abortion clinics in order to bless the “work” going on inside.

Earlier this month, The Washington Post intensified the effort to baptize abortion. In a thinly veiled advocacy piece entitled, “The Threat to Roe v. Wade Is Driving a Religious Movement for Reproductive Choice,” Michelle Boorstein profiled a young pastor of a mainline church in Maryland who calls abortion “holy.” The Reverend Kaeley McEvoy says she has “never felt more known and heard and loved by God than when [she] entered the doors of a Planned Parenthood.” Two of those times, she entered for her own abortion.

According to Boorstein, this pro-abortion minister is part of “an increasingly bold and more visible religious movement for reproductive choice, a hard shove back to the decades-old American narrative that a devout person sees abortion only as murder.” And this really is Boorstein’s argument: that Christianity is not necessarily opposed to abortion, and that any perception otherwise is just a “narrative.”

As proof, she points to a gathering of “clergy and other advocates” back in January who met virtually for an event called SACRED. For these 450 pro-abortion advocates—mostly mainline Protestants and liberal Jews—abortion is “a theological right of women to bodily autonomy and health.” To take away that “right,” these clergy believe, is “theologically wrong,” since it means choosing “a fetus over a woman.”

For Boorstein, the very existence of such gatherings, even if dramatically smaller than the many pro-life gatherings held across the United States each year, proves that pro-lifers have hijacked Christianity and that an honest look across Christian traditions yields “more nuanced and varied perspectives about abortion.” She even (rightly) points to the sad history of some evangelical denominations, who signed on to pro-abortion statements in the days before Roe, only to reverse course and join Roman Catholic ethicists later in opposing the practice.

Boorstein’s analysis, however, hinges on whether Christian history began in the 20th century. Of course, it didn’t. A casual investigation shows that it is religious abortion supporters, not pro-lifers, who have radically departed from historical Christian morality.

As early as the beginning of the second century, Christian documents condemned abortion.  The Didache or “Teaching of the Twelve Apostles” admonished readers, “you shall not kill a child by abortion nor kill it after it is born.” The first- or second-century Epistle of Barnabas says, “Thou shalt not slay the child by procuring abortion; nor, again, shalt thou destroy it after it is born.” The fifth-century Church Father John Chrysostom called abortion “worse than murder,” asking, “Why then do you abuse the gift of God…and make the chamber of procreation a chamber for murder, and arm the woman that was given childbearing unto slaughter?” And Tertullian, who lived in the second century, even described an abortion using a copper instrument strikingly similar to what one might find at a Planned Parenthood—and he condemned such killing in the strongest terms.

Throughout Christian history, far before modern theological revisions, Church teaching was anything but nuanced on abortion. Further, Scripture’s own testimony about the unborn is clear: that they are “knit together” and “known” by God in the womb—that they sometimes “leap for joy,” and that Jesus Christ, God Himself, came to dwell with us as an unborn Baby.

It’s true that Christians haven’t always been faithful in upholding the value of unborn image-bearers of God. But such failures have been in spite of millennia of clear teaching, not because of them. Liberal clergy may call the sacrilege of abortion “sacred,” but the evidence from Church history that Christianity was pro-life from the beginning is as clear as the scientific evidence today that babies in the womb are human beings.