Playing Favorites: Denying God's Grace by Prioritizing Sins
Help make a bigger worldview possible for Christians around the globe with a year-end gift!
Skip to content 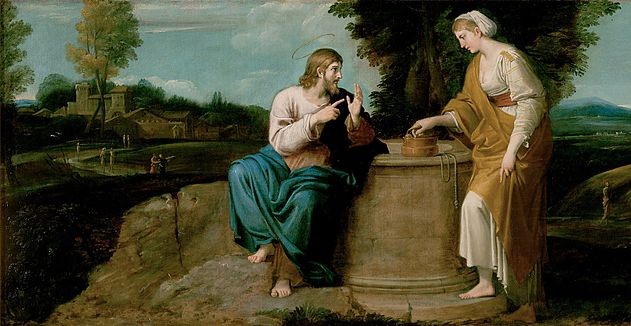 And Jesus answered them, “Those who are well have no need of a physician, but those who are sick. I have not come to call the righteous but sinners to repentance.” – Luke 5:31-32

We all have our favorite sins, sins which have a special place in our hearts, whether good or bad. As inevitable as this is given human nature, there is a dark side to this preferential treatment. When we think that racism is a worse sin than homosexuality or that people struggling with gender dysphoria are less worthy of God’s grace than those who struggle with alcoholism, we’re judging the world by our own standards rather than God’s and limiting the gospel to those who, by our standards, are barely in need of its good news.

Maybe it’s the reverse. Since something doesn’t tempt us, or perhaps it is very precious to us, we want it pushed off to the side, made more “sin” than sin. Perhaps it’s an overdeveloped sense of judgment, the desire that God’s will be done on Earth as in Heaven. Perhaps it’s the Santa Claus effect: we know God talks about sin being bad and all, but He’s so loving that it’s hard to believe that He’d give anybody ashes and switches.

One of my very favorite scenes in one of my very favorite movies gets this better than just about any other format. It’s the bit in “Walk the Line” where record execs are trying to rein in Johnny Cash when he wanted to sing to convicts. The “suits” tell him that his fans are all good Christian people, and they don’t want to hear him “singing to a bunch of murderers and rapists, trying to cheer them up.” Cash’s response was beautiful in its starkness. “Well, they’re not Christians then.”

Cash got it. The gospel’s not for the good; it’s for the guilty. Now, we all say we believe it, but, all too often, what do we do? We pick and choose the sins that are acceptable, polite, worthy of forgiveness. Those are the “sheep” sins, the ones you can commit and still be in God’s good graces. Then we pick out the sins that are unacceptable, scandalous, and far beyond the reach of grace. These are the “goat” sins, the sins that open you up to shunning by the good respectable people of faith. The problem is, all of us who are sheep by grace are goats of the worst variety by our own merits.

If you look back over the years, you’ll see the same pattern, only the names of the sins will have changed to protect the not-so-innocent. Things that one era, one culture, or one person found reprehensible, another person, culture or era will think only a minor-league sin.

The thing is, we’re not the first part of the church to do this. We also won’t be the last. If you look back over the years, you’ll see the same pattern, only the names of the sins will have changed to protect the not-so-innocent. Things that one era, one culture, or one person found reprehensible, another person, culture or era will think only a minor-league sin.

Decades ago, racial prejudice was just normal in a lot of the country. Folks could be all for helping the Africans across the sea, but blacks closer to home needed to stay on their side of the tracks. Oh, there’d be a great many who’d tut-tut about it and admit that perhaps it wasn’t for the best, but it certainly wasn’t anything to get excited about.

Now, there’s little that will excite people more than charges of prejudice, and calling for racial justice has gone from radical and dangerous to perfunctory and applause-inducing. Racism has gone from being the respectable sin that everybody committed but nobody cared about to the sin that dominates cultural conversations and can get you kicked out of polite society at the speed of a tweet.

Other sins have had their own journey. In the 1940s and 1950s, you couldn’t go far reading popular Christian magazines without being warned against the dangers of alcohol. It was wasteful, it led to sexual immorality, it fed delinquent culture, and precipitated violence! Back then, any pastor would likely do well to check the want-ads if he decided to get drunk one night.

What about today? On the one hand, in certain denominations getting drunk is a rite of passage showing how deeply you’ve delved into your Christian liberty. On the other hand, alcoholics, those that don’t merely get drunk from time to time but are drunks as a matter of course, these are now anathema. Substance abusers of all sorts are treated like lepers in the ancient world; we all know they’re there but we’ll pay them no attention so long as they stay in the shadows.

In the same way, but moving in the opposite direction, have been the intertwined issues of homosexuality, transgenderism, bisexuality et al. There was a time when even saying something nice about homosexuals would get you blacklisted from polite evangelical society. Now, you’re more likely to be called out for offering much of any criticism. Sexual sins have gone from the scandalous sins beyond the reach of grace to being one of the polite sins, hardly deserving the name.

Like substance abusers we’ve come to identify the sinner with the sin, but we’ve watered down the stigma to the point that we barely register the sin part. We no longer speak of people practicing the homosexuality; we now speak of their sin as part of who they are. We have come to speak of the ”gender and sexual minorities” in a way we’d never do so with alcoholics or racists. Do we talk about “substance minorities” or “ethnocentric communities” like this? Heterosexual sins have, if anything, shifted even deeper into scandal, but homosexual violations of God’s word have become our age’s pet sins.

We Christians have a bad habit of elevating or downgrading various sins based on our individual, cultural, or generational temperament. Whatever the case, whether it’s downplaying this sin or ostracizing those sinners, when we do this we miss the glory of true deliverance from sin.

We Christians have a bad habit of elevating or downgrading various sins based on our individual, cultural, or generational temperament. Whatever the case, whether it’s downplaying this sin or ostracizing those sinners, when we do this we miss the glory of true deliverance from sin. What we don’t see is that when we do this we’re undermining the core of Christianity. Christ died for sinners. Sinners, not good people. When we make a big deal over one sin or make light of another, we base our salvation on our own righteousness, denying either that Christ’s work was necessary for the little sins or enough for the big ones.

We can neither be worthy of Christ’s forgiveness nor fall beyond His grace. Christ didn’t converse with Nicodemus because the Pharisee was respectable. He didn’t reach out to the woman at the well because her sins were a trifle. Nor did He forgive the woman caught in adultery because she wasn’t guilty. He saw them in the wretched guilt of their sin and gave them the grace earned by the glory of His innocent self-sacrifice.

Christ died for sinners. We have trouble with this. We have trouble with the idea that God’s grace is extended to people who don’t deserve it. We either act as though “this” sin is so bad that there’s no way God could love that sinner, or we think that if God says He loves this sinner, then there’s no way “that” sin could be so bad. When we limit God’s love to the deserving people, to those whose sins are acceptable, when we presume that God’s love cannot reach the undeserving people, we live as though the work of Christ was a small thing, a petty thing, almost a superfluous thing. Small sins need only a small savior, and I don’t know about you, but I’m glad that I have a big Savior.