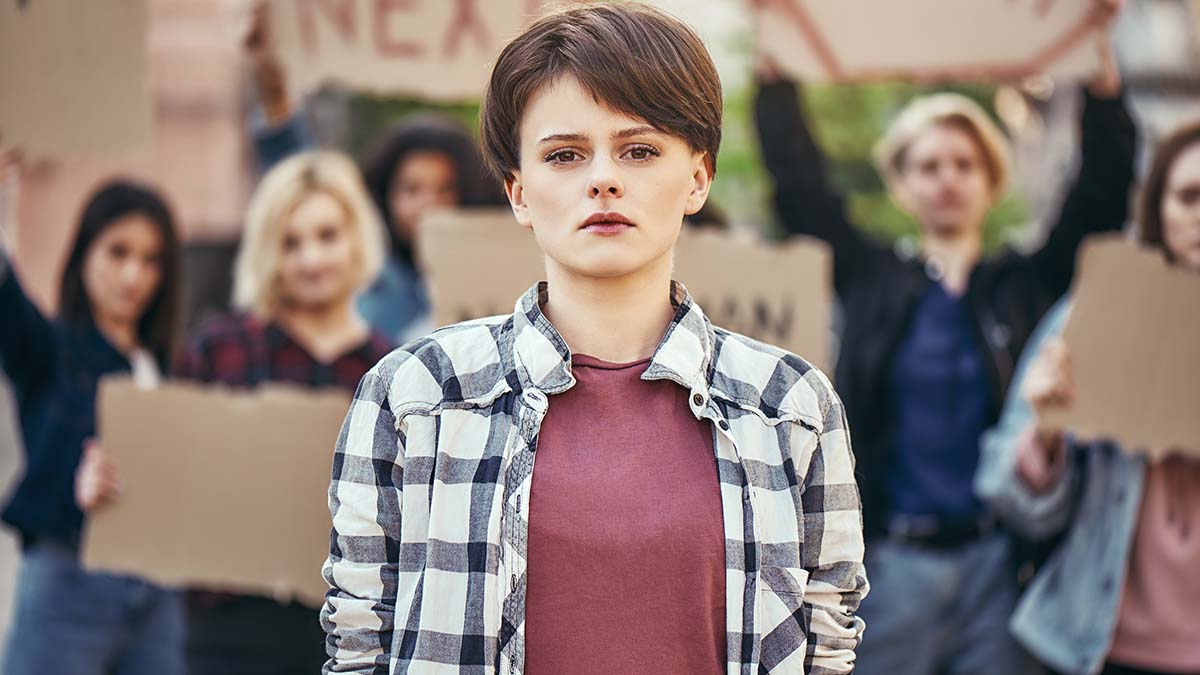 On the anniversary of Ruth Bader Ginsberg’s death, the ACLU celebrated the liberal justice’s legacy with a slightly edited quote about abortion. Originally, Ginsberg wrote:

“The decision whether or not to bear a child is central to a woman’s life, to her well-being and dignity. It is a decision she must make for herself.”

In their Twitter post, the ACLU edited the words “woman,” “her,” and “she” out of Ginsberg’s quote, replacing them with “[person],” “[they],” and “[them]” in brackets. The result was anything but quotable.

Days later, the British medical journal the Lancet declared: “Historically, the anatomy and physiology of bodies with (word for female genitalia) have been neglected.”

If only there were a word for people who get pregnant and have female body parts. The push to separate women from their bodies is not only weird, it’s gnostic. It denies the physical reality of who women are. You can’t champion women’s rights by denying who they are.