The End of Barronelle’s Battle - Breakpoint
How can we respond to those around us with truth and love? Give today to receive this month's featured resource.
Skip to content 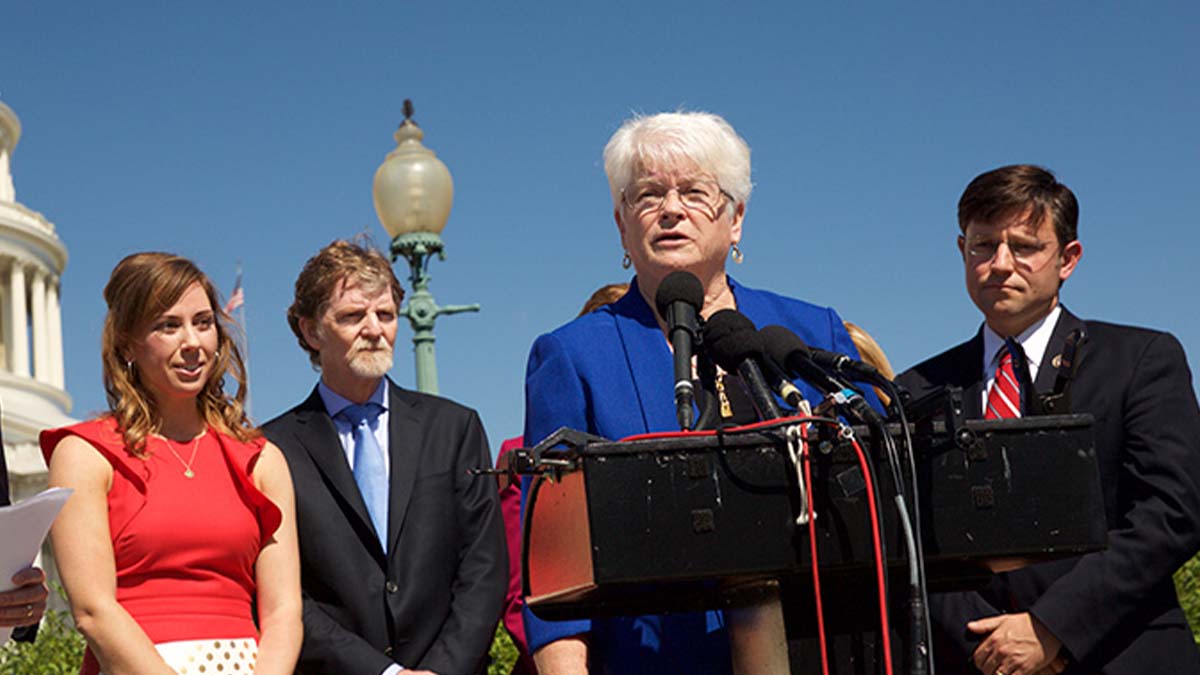 
The End of Barronelle’s Battle

For almost ten years now, the American Civil Liberties Union (ACLU) and the State of Washington have targeted an elderly, small-town florist named Barronelle Stutzman. The case began when Barronelle declined to serve a long-time customer’s gay wedding. A few months ago, Barronelle, now 77, filed a request for a final rehearing of her religious liberty case with the U.S. Supreme Court on behalf of her business, Arlene’s Flowers. This week, the ACLU offered, and Barronelle accepted, a five-thousand-dollar settlement. It’s a surprisingly small amount, given how long Barronelle has lived under the threat of losing her business, assets, and life savings due to exorbitant legal fees and penalties.

Maybe the ACLU has finally seen their case for what it is: petty bullying. Or, maybe they think the optics of bullying a grandmother are just bad. Either way, Barronelle has wisely, I believe, accepted the settlement. Here’s a review of the important facts of the case.

In 2014, Barronelle told a long-time customer and friend that she couldn’t create a floral arrangement for his wedding to another man. Throughout their many years of friendship, Barronelle had served this customer with her creative talents. However, due to her Christian beliefs about marriage, she couldn’t, in good conscience, create an arrangement for this occasion.

The friend said he understood the decision and asked for referrals for other florists. She recommended three. The two embraced, and then said goodbye.

All was quiet until the Attorney General for the state of Washington saw a social media post about the incident and decided to sue Barronelle for discrimination. In 2015, a trial court found her guilty of violating Washington’s anti-discrimination law. The Court also ordered her to pay a $1,000 fine and the ACLU’s legal fees, and to no longer accept wedding business unless she also agreed to serve gay weddings.

Her appeal to the state Supreme Court drew so much interest that oral arguments were held in a local college auditorium. The state Supreme Court ruled unanimously against Stutzman, citing Justice Anthony Kennedy’s Obergefell language and even claiming that to not service a same-sex wedding is to “disrespect and subordinate” gays and lesbians. The court also ruled that floral arrangements weren’t “speech” but instead “conduct,” and that even if the state had violated Barronelle’s right to free exercise, it was fair and legal to do so because they’d do it to everyone. In other words, they weren’t just singling out Barronelle.

From the beginning, Barronelle has been represented by the Alliance Defending Freedom (ADF). In 2018, ADF appealed the Washington state court ruling to the U.S. Supreme Court. After finding the State of Colorado guilty of animus toward the religious beliefs of baker Jack Phillips in a similar case, the Supreme Court vacated the Washington State Court decision and ordered them to re-examine Barronelle’s case. Not about to admit it had done anything wrong, the Washington State Court upheld their ruling against Barronelle.

Last year, ADF appealed to the U.S. Supreme Court. In a baffling move, the Court declined to hear her case. ADF asked the Court to reconsider, something that rarely happens after denial.

Earlier this week, Barronelle accepted the ACLU’s settlement offer. This means she can retire in peace, having more than earned the right to step off the legal treadmill and out of the media spotlight, which she never sought. And, to be clear, not once did she compromise or violate her conscience throughout this whole ordeal. Instead, her courage, kindness, and long obedience have laid the groundwork for the kind of legal resistance against coercion that will certainly have to continue.

Barronelle now passes the baton in this important battle to protect religious freedom to the rest of us, especially to web designer Lorie Smith. Her case could go before the U.S. Supreme Court soon. The 10th Circuit ruled last summer that the state of Colorado could compel Lorie’s business, 303 Creative, to create websites with speech that violates her religious beliefs.

It’s impossible to know how many business owners, artists, and others have found the courage of their own convictions by watching Barronelle. Her saga has made it clear to the rest of us that this kind of thing can really happen in the United States, and to say that religious liberty is under threat in this country cannot be dismissed as hyperbolic fear-mongering.

It’s also important to note that Barronelle made her original decision not only out of her own beliefs, but out of her concern for her friend, Rob. Barronelle was not willing to aid and abet behavior that was damaging to her friend’s soul. In other words, it is not only loving God, but also loving our neighbor, that will require courage in the days to come.

For her faithfulness, obedience, and courage, the board of the Colson Center has unanimously selected Barronelle Stutzman as a co-honoree of the 2022 Wilberforce Award, along with Jack Phillips. Lord-willing, both will be honored together at the 2022 Wilberforce Weekend in Orlando next May. Because, in so many ways, their long journeys have been endured together, and their stands have together shown us what faithfulness in the public square might require in the days ahead; I cannot think of more deserving recipients than Barronelle and Jack.

Through it all, Barronelle has lived out her faith in an honorable and kind way. I’m proud to call her a sister in Christ and honored to consider her a friend. Thank you, Barronnelle, for your courage and faithful obedience.